Every loss is a wake up call to the potential we possess to make a difference in the lives of those around us.

For those of you, who like me, lost precious friends this year, here is something to ponder. It was sobering for me 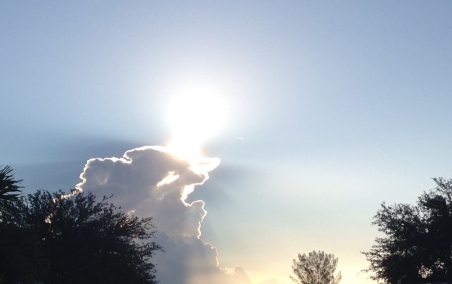 to admit that even if I had the power to bring them back, I would not because of the joy and wonder of heaven they would be denied due to such selfishness.

Having admitted this, my focus shifted to speculations regarding the interaction between all those I love and value that have gone before me. It made me smile to think of them meeting and swapping notes and sharing stories in heaven much as those of us left behind do. A major difference, however, being their story is written and they have set a bar for us. We have a race to run ever mindful of their example.

I thought about the nature of their legacies. Some have left me cautionary tales, others models of inspiration, recollections of warmth, images of loving expressions, words of encouragement and insight, and most important– an abiding sense that we brought something meaningful and worthwhile into each others life.

Yes, every loss is a wake up call to the potential we all possess to make a difference in the lives of those around us. We can no longer impact those who have gone before us, but we can take what we learned in our times together and use that wisdom to produce high yield investments with eternal value.

Those who outed the Duggar family sexual abuse history overplayed their hand. Far from disgracing the family, this crisis showcased both the understandable weaknesses and genuine wisdom of this very real family. More homes across this country are dealing with sexual abuse and incest than most want to admit. Refusal to openly address how to manage such a crisis perpetuates the pain, shame, and occurrence of this common crime against children.

Studies by David Finkelhor, Director of the Crimes Against Children Research Center, show that:
• 1 in 5 girls and 1 in 20 boys is a victim of child sexual abuse;
• Self-report studies show that 20% of adult females and 5-10% of adult males recall a childhood sexual assault or sexual abuse incident;
• During a one-year period in the U.S., 16% of youth ages 14 to 17 had been sexually victimized;
• Over the course of their lifetime, 28% of U.S. youth ages 14 to 17 had been sexually victimized;
• Children are most vulnerable to CSA between the ages of 7 and 13.
According to a 2003 National Institute of Justice report, 3 out of 4 adolescents who have been sexually assaulted were victimized by someone they knew well (page 5).

The Duggars experienced the shock, horror, and confusion of discovering that both predator and victims were people they loved. The torment of such a revelation is not something most can imagine if they have not been faced with such a situation. Rage at the offense resides beside the devastation of learning that another that 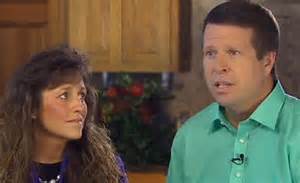 they love deeply has committed an unspeakable act. Where does one begin to help all involved? Do you know of a well-recognized manual or handbook on walking your family such a crisis? Do you have any idea how difficult it is to think clearly when delivered such a shock?

I am grateful that the Duggars were honest about their journey through this nightmare. We can witness that the parents were obviously victims too as the discovery of this violation under their roof obvious caught them unaware and rocked their world. Rightfully so–I know of no classes that instruct prospective parents in how to manage incest.This brave disclosure by the Duggars will no doubt help others not to make the same understandable missteps and delays.

As for the two daughters that were publicly interviewed by Fox news, I was truly amazed. They are a testimony to what the parents have done right. Both daughters were articulate and honest. Neither condoned what their brother had done. They clearly made a case for forgiveness that did not require automatic trust. Boundaries were clearly established. Room was created for healing. Love thrived while justice was allowed to do its work. The offender owned his actions and got help. Relationships were sa 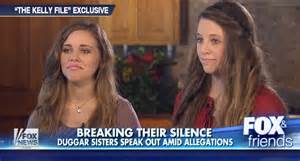 ved. This is a remarkable story of confronting and overcoming one of life’s most heartrending ordeals. There was no reason for the Duggars to hide in shame for the rest of their lives as some have suggested.

The unpardonable crime against these women, however, has been committed by the tabloid that exploited their police reports to attack the Duggars and sell a distorted and sensational version of reality. When a victim has the courage to tell their story, it is often a terribly frightening experience. The expectation is that the pain and shame attached to the information will be kept private and not paraded publicly by unsafe and vicious people who will mishandle it to inflict new injuries. What has happened here unfortunately will make it much more difficult for many to step forward and report because asking for help often pales in comparison to avoiding the immediate and cruel glare of public scrutiny of an intimate violation.

This past weekend I had the pleasure of both meeting Grace and her husband Matt and listening to her mesmerizing magic on the harp during a visit at our home. If  an event you are hosting ever needs a touch of the surreal don’t hesitate to contact her. 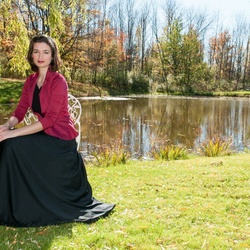 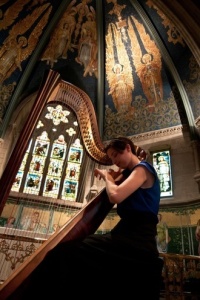 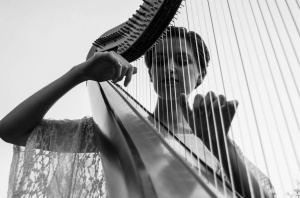 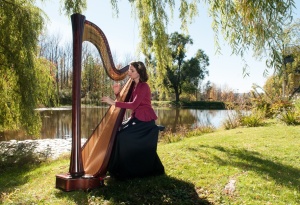 Follow The Gathering Place on the Green on WordPress.com